Hapur city is located in the western region of Uttar Pradesh. Hapur was earlier known as ‘Haripur’. It is a manufacturing hub of stainless steel pipes, tubes and sewing machines. Hapur is also well known for its paper cones, papads and booming wood products manufacturing industries. It has the leading grain and jaggery market in the district. It is situated about 60 km from the capital, New Delhi. The National Highway 24 that connects Delhi-Lucknow passes from Hapur. 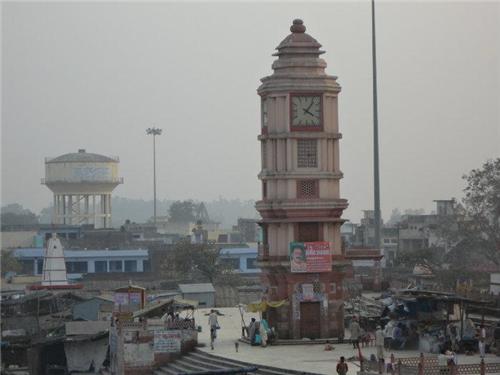 Gharmukteshwar Ghat in Hapur
Hapur is the largest tehsil in Ghaziabad district. Hapur comes under the Delhi NCR region of Uttar Pradesh and has tremendous potential because of the closeness of the city to Delhi and Ghaziabad. The town was selected as a NCR region to check population migration in Delhi and was planned accordingly. Hapur also plays an important role in the education field and is famous for many institutions providing quality education.

A Brief History of Hapur

Hapur was earlier known as ‘Haripur’ which was the rest place of Sri Krishna (Hari) during his visits from Mathura to Hastinapur. According to Jana-Shrutis, it was named after the founder Raja Harishchandra while some say that it is named after Hardatta, the chieftain of Meerut and Bulandshahr in 983 AD. One more view says that the name is derived from ‘Hapar’ which means garden.

Click Here to Know More about History of Hapur

Hapur is located 34 km from Ghaziabad and 60 km from Delhi. The surrounding cities are Meerut, Bulandshahr and Ghaziabad. The eastern boundary of the city is formed by the River Ganges.

Hapur has a humid subtropical climate influenced by the monsoon. It has very hot summers with temperature reaching up to 430C that last from April to June. Winters are dry and extremely cold with fog in the month of December and January. Rainfall is adequate and is suitable for growing crops.

Click Here to read more on Geography of Hapur

Hapur tourism attracts many tourists every year. The city has been a famous religious centre; there are many temples, mosques and forts to visit. Some of the major attractions include Sabli Shiv Mandir, Chandi Mandir, Garhmukteshwar, Asoura fort, Kuchesar MUD Fort and Jama Masjid.

The major tourist attraction is the bathing fair held at Garhmuketshwar. This place has a great religious importance. The fair is organized on full moon day in the month of kartika. People have a dip in the holy Ganges. The government of Uttar Pradesh and private tourist operators provides good tourism facilities throughout the year.

Hapur has both traditional as well as modern shopping malls. Hapur is very famous for its papads (round thin wafers which are salty and spicy eatables). The important shopping destinations include Nagar Palika market, Leather market and CFC mall.

Festivals are celebrated with a lot of enthusiasm and excitement as it is celebrated in the other parts of the state. The important ones are Ram Navami, Nag Panchami, Janamastmi, Dusherra, Diwali, Shivratri, Holi. Major festivals celebrated by the Muslims include Id-u- Fitr, Shab-e-Barat and Barawafat.

One of the major festivals celebrated here is the bathing festival that is observed on Kartikpurnima. On this occasion, a big fair is held at Garhmukteshwar on the full moon day and is attended by approximately 6 lakh people. 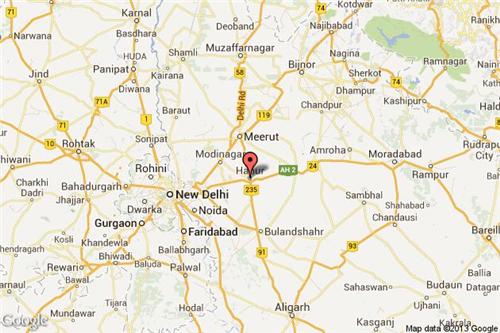 Hapur is well connected to the major cities in north India through road and rail network. Hapur is one of the major railway junctions and around 8 trains pass through the city every day. Major trains like Rajdhani, Doronto and Shatabdi pass through the city weekly. Trains for New Delhi are easily available throughout the day making it quite comfortable for the service class to travel every day. Trains are readily available for cities like Lucknow, Ahmedabad, Guwahati, Amritsar, Ludhiana, Dehradun, Varanasi, Jammu, Gorakhpur etc. Road network is also very good. National highway 24 passes through the city and connects Delhi to Hapur.