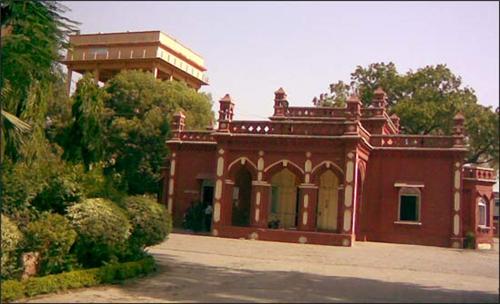 The municipal council of Hapur comes under the Ghaziabad municipal corporation. The divisional commissioner holds the charge of the entire division. It has its headquarters in Meerut. The divisional commissioner is the main link between the districts and the government. He is responsible for the administration as well as supervises the planning and development of these districts.

Ghaziabad district has been divided into sub divisions namely Ghaziabad, Hapur, Garhmukteshwar and Modi Nagar for the purpose of revenue as well as general administration of the entire area. Hapur tehsil is situated towards the eastern side of Ghaziabad district. It has three parganas: Hapur, Dhaulana and Babugarh.

The general administration of Hapur district is controlled by the District Magistrate who holds an important role in the district administrative machinery. The main role of the District Magistrate (DM) is to ensure the proper maintenance of law and order in the city as well as collection of various government dues. Each tehsil that comes under the Hapur district has a resident Tehsildar. They are further assisted by Naib-Tehsildars.

Another main pillar of the administrative machinery of any city is the Judiciary of which the District and the Sessions Judge is the head. The district court deals with all the civil cases whereas, the session court deals with the criminal cases.