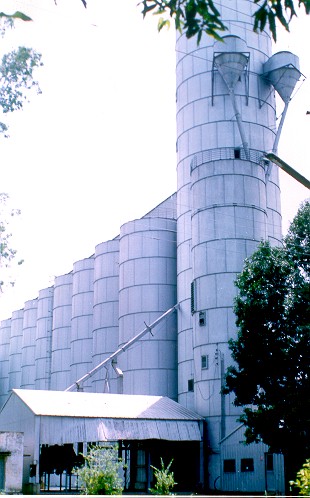 Hapur city is small city located in the western region of Uttar Pradesh. It is popular as a manufacturing hub of stainless steel pipes, tubes and sewing machines. Hapur is also well known for its paper cones, papads and booming wood products manufacturing industries. It has the leading grain and jaggery market in the district. It is situated about 60 km from the capital, New Delhi. Hapur was earlier known as ‘Haripur’. The National Highway 24 that connects Delhi-Lucknow passes from Hapur.

Hapur has approximately 25 paper cone factories. Hapur is also popular for its ‘paper’. Pilkhuwa is a small town in Hapur district that is popular for ‘Khadi’, which is famous as Mahatma Gandhi’s dream. Pilkhuwa is also known as the textile city and is famous for small scale industries that manufacture canvas, handloom jacquard, khadi and printing work. The place is also famous for bed sheets and towels. Many manufacturers export quality stuff to rest of India as well as abroad.

Another major source of income for people of Hapur is agriculture. The main crops grown here are wheat and sugarcane. It is the leading market of wheat grain and jaggery in the entire district. It offers many favorable business opportunities for people. Another thriving business opportunity for the local farmers is SILO. SILO is storage bin that store grain in bulk. There are four SILO in India i.e. Kolkata, Mumbai, Chennai and Hapur. It has a capacity of storing 20 lakh tonnes of grain in bulk. It is for the first time that the storage of grain is controlled mechanically where receiving as well as issuing the grains is performed with the help of elevator system on the scientific lines.

The grain elevator at Hapur was received from the U.S.A storage. SILO is pride of Hapur city. The Indian Grain Storage and Research Institute, a government undertaking is located nearby Hapur. It conducts research in grain storage and is quite beneficial for the local farmers.