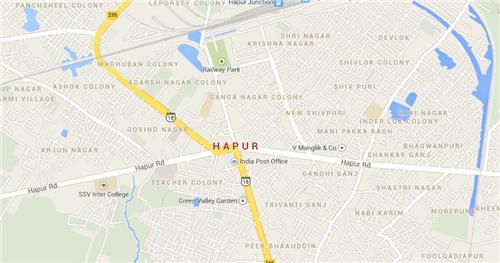 If you are planning a trip to Hapur, it is advisable to check the weather conditions that would prevail in that particular month. This will make your trip easier and you can finalize your work schedule in a much better way.

It is extremely hot in summers and start from early April and last till late June. This period is extremely hot and the maximum temperature reaches up to 43°C (109 °F). In summers dusty hot storms blow usually before the onset of monsoons called as loo. This makes the summers more difficult to bear and it is not easy to head outdoors especially during afternoon.

Winters are severs and last from late October to mid-March. Lowest temperature reaches up to 0.5°C (32.9 °F). One of the major problems in the winter season in Hapur is dense fog. The average rainfall in Hapur is 80 Cm to 100 Cm per year during the monsoon months.

There are majorly four seasons experienced in Hapur:

Winter begin in the month of October and last till March. The winters are accompanied by heavy and dense fog. It has a great effect on the road, rail and air traffic. All the modes of transportation get severely disturbed especially during December and January.

Spring season is welcomed with open arms in the city as the temperature becomes quite comfortable as compared to the winter months. The spring seasons are February and March. The climate is very pleasant and it is the time maximum number of tourists visit Hapur and the nearby places as well.

Hapur experiences hot and humid summers like any other city in northern India. During May and June there are severe dust storms and heat waves that are experienced in this region during summer months. Roaming outdoors during this time leads to severe dehydration and other illness. The maximum temperature reaches up to 43 degrees during summers. The risk of suffering from various ailments related to heat and humidity is highest during this period.

Monsoon arrives in Hapur in July and the city experiences rains till the month of September. The temperature during this time becomes moderate and one can easily carry on the daily work routine. This part of the year also invites many tourists to Hapur. The average rainfall is 80 cm to 100 cm per year received during monsoon, which is ideal for growing crops. Humidity content is between 30 to 100%.

Explore more about Geography of Hapur