Places to Visit near Hapur

Hapur attracts many tourists as the place has a lot of religious importance. It is also very close to Ghaziabad and Noida and hardly 60 km from New Delhi. The main attraction of the tourists towards Hapur is because it is the nearest spot from all the nearby cities where River Ganges flows. Apart from that, there are many places near Hapur that are worth a visit. Some of them are: 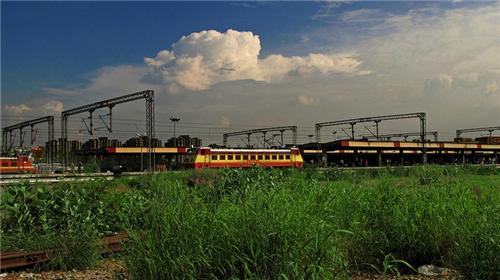 Hapur lies in the Ghaziabad district and is just 22 Km away from the city. The city is well planned and is named after the founder Ghazi-ud-din. The name was later modified to Ghaziabad. It is located at 1.5 Km from Hindon River; the city is the main industrial hub of Uttar Pradesh. The city has many attractive malls and shopping centers. Apart from the city glamour there are other places to visit when you are in Ghaziabad. There are many towns and villages near Ghaziabad which are not worth missing. One such village is Ajrara that is famous as a traditional style of playing tabla. Another charming town is Dasna which has a beautiful fort. Another important tourist attraction is Loni, where there is an ancient Hanuman temple.


Another major town as well as tourist destination near Hapur is Noida. It is located just 51 Km away from Hapur. The city has witnessed great rise over the recent years. The sight of the city will fascinate you with the glitz and the glamour of huge swanky buildings. It has one of the biggest malls in North India that includes all the major International brands across the globe. One such mall is the Great Indian Place. Besides this there are many recreational centers as well as multiplexes. The major tourist attractions include ISKCON temple and Sai Baba Mandir. The Okhla Bird sanctuary is a perfect place to escape from the hustle bustle of the city and revitalize your senses. The major tourist attraction of Noida is the Formula 1 motor sport. 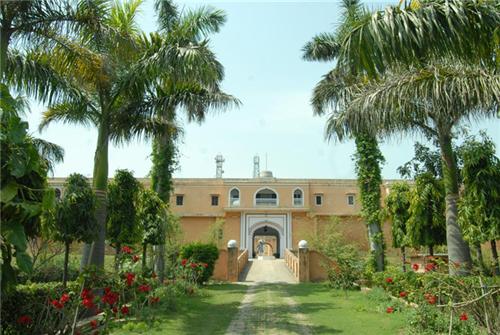 Mud Fort at Kuchesar is hardly 22 Km from Hapur and is one of the most popular tourist attraction near Delhi and Hapur district. The fort was built in 18 h century by the Jat Rulers. Located amidst the lush green fields, the fort has a modern touch with the 18th century lifestyle. The place is well known for its hospitality since a long time. The beauty of the place will leave you spell bound and gives you an exotic taste of India. River Ganges flows just 24 Km from this place. It is a perfect place to enjoy your leisure time with family and friends.


This fort is located in Alwar district in Neemrana which is an old historical town. The Neemrana Fort Palace is one of the oldest heritage resorts in the country and is just 181 Km from Hapur. It was built in 1464 A.D. Situated on a majestic plateau, it is concealed by the beautiful Aravalli Ranges. The place has emerged as one of the popular tourist attractions because of its natural surroundings that enhance the charm of this place.

Neemrana Fort is situated at the top of a dark Hornstone Breccia rocks. A tour to Neemrana Fort reveals the glorious and splendid lifestyle of the Maharajas and this can be experienced by staying here. The royal palaces have now turned into luxury hotels.


Alwar is popular among the domestic as well as international tourists and is only 216 Km from Hapur. The hilly terrain of the city possesses a rich historical background. The city is a perfect blend of different traditions. It has various local attractions that include palaces, forts and monuments. The area has abundant wildlife that makes it one of the most visited places for the tourists. The city is close to the Sariska Tiger Reserve that is located at the foothills of Aravalli ranges. The sanctuary also boasts other species like rare birds as well as plants. The city has many historical monuments, picturesque lakes and water bodies.

The most mesmerizing part of Alwar is the fascinating ride of the Fairy Queen. It is one of the oldest engines that is in working condition in the world. It is also among the national treasures of the country. The engine was built in the year 1855 and was later on acquired by Indian Railways. This train now runs between Delhi and Alwar. 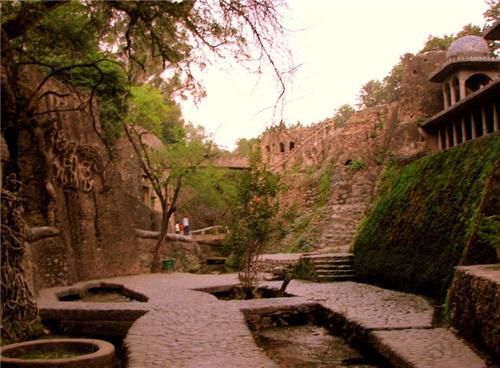 Chandigarh means ‘Fort of Chandi’ and the name comes from Chandi Mandir, an ancient temple that is devoted to the worship of goddess Chandi. The city is located at the foothills of Himalayas.

Chandigarh- the city beautiful is hardly 266 Km from Hapur. It is a well- planned and modern city that is a symbol of progressive and developing India. The city is a pragmatic mix of functional as well as aesthetic values that is perfectly blended with practicality. Chandigarh acquired a unique distinction of being the capital of two states, Punjab and Haryana. The tree lined roads, greenery, unique architecture will leave you completely enthralled. The major tourist attractions are Rock Garden, Sukhna Lake, Zakir Hussain Rose Garden, Shankar’s International Doll Museum, Chattbir Zoo, Government Museum and Art Gallery and Open Hand Monument.


Almora is a beautiful hill station located 288 Km from Hapur. It is situated at the height of 1,638 mts above the sea level. The picturesque landscapes of Almora will take your breath away as the majestic snow -capped Himalayan ranges will fascinate you. The main attractions in Lamora are Shiva temple, Nanda Devi temple, Tamta Mohalla, Govind Vallabh Pant Public Museum and Almora Fort. Another important tourist attraction is Lakhuudiyar, which is believed to exist since the Bronze Age. It contains the prehistoric rock paintings. The paintings are of humans, group of dancers, animals, lizards and so on.

Other sets of rock paintings are Phulseema and Pharkanauli. They are situated around 4 Km from Lakhuudiyar. The red lines over the rocks have made these paintings unique and peculiar.


Gwalior is hardly 364 Km from Hapur and is very famous for its magnificent temples, palaces and forts. It town was the erstwhile capital of Scindias. The city has been of strategic importance in the history of the country. It is also known as the ‘Fort City’. The hill fort of the city has been the seat for the northern kingdoms. Gwalior was one of the five princely states that enjoyed the 21 gun salute. It was an important and major stature within the British India.

Gwalior is referred as the tourist capital of the state and is the headquarters of the Chambal region. The city is famous for the Scindia School and is among one of the prominent boarding schools of the country. It is also known as the city of music and was the resting place of the musical genius, Tansen. Sarod Ghar, which is the museum dedicated for the Indian musical instruments is located in Gwalior.